Impact Hub Bradford has been transformed this week as Freedom Studios have turned the hub into the set for their new play “Aaliyah (After Antigone)”. The play is a contemporary retelling of the Greek tragedy, Antigone, but now set in Bradford and exploring current issues such as citizenship, identity and immigration.

In an office somewhere in Bradford, Aaliyah and Imani are trying to get on with their cleaning job while anxiously waiting for news of their brother, Syeed, threatened with deportation to Bangladesh. When Home Secretary, Parveen Parvaiz, announces the news they dread, Aaliyah must rise up and face the might of the State but her political activism puts her own life in danger.

The play is both a digital and live experience so as well as a nightly live audience, the hub has been host to an array of cameras, audio equipment and live streaming infrastructure as many are watching along online each night on their phones, tablets and TVs. 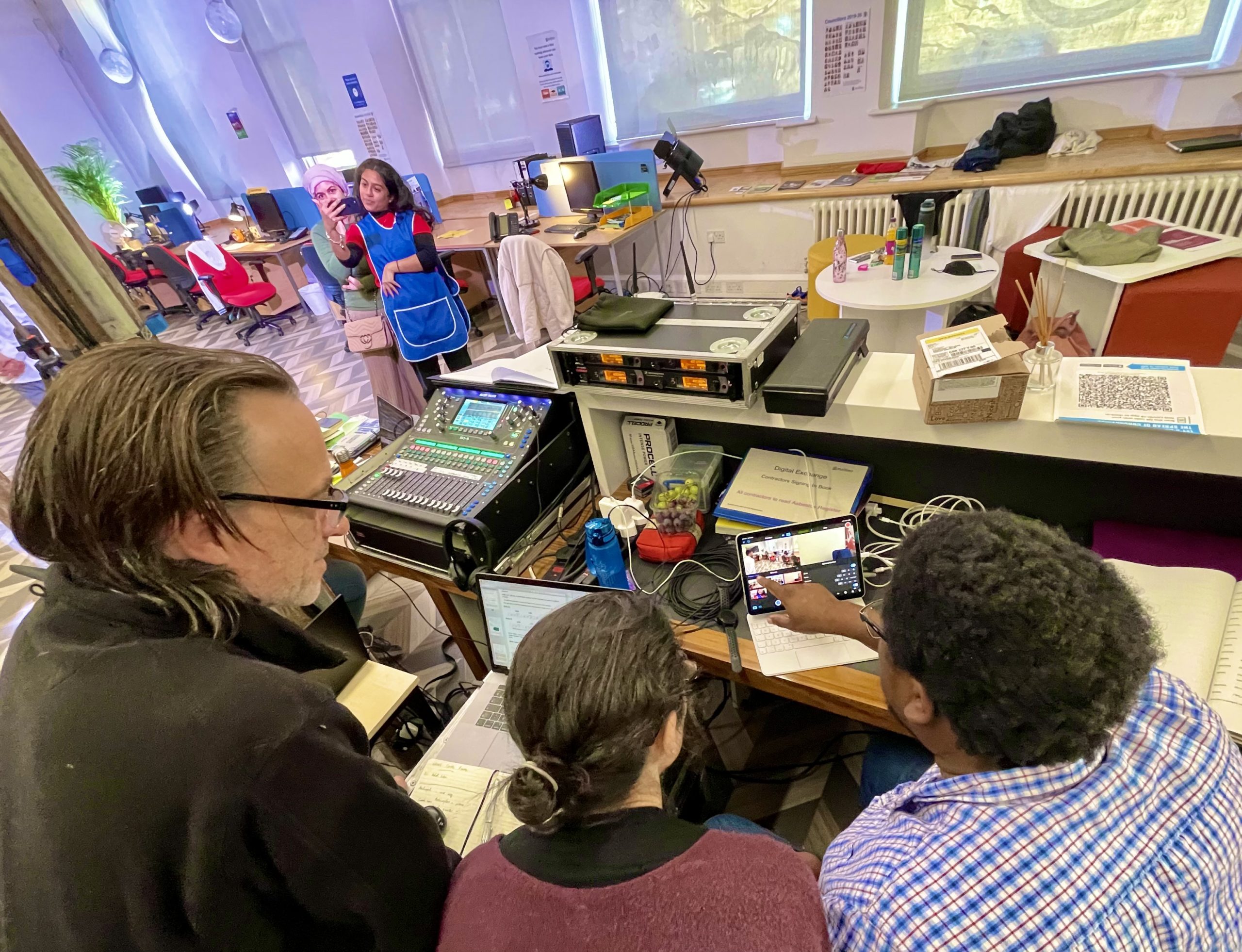 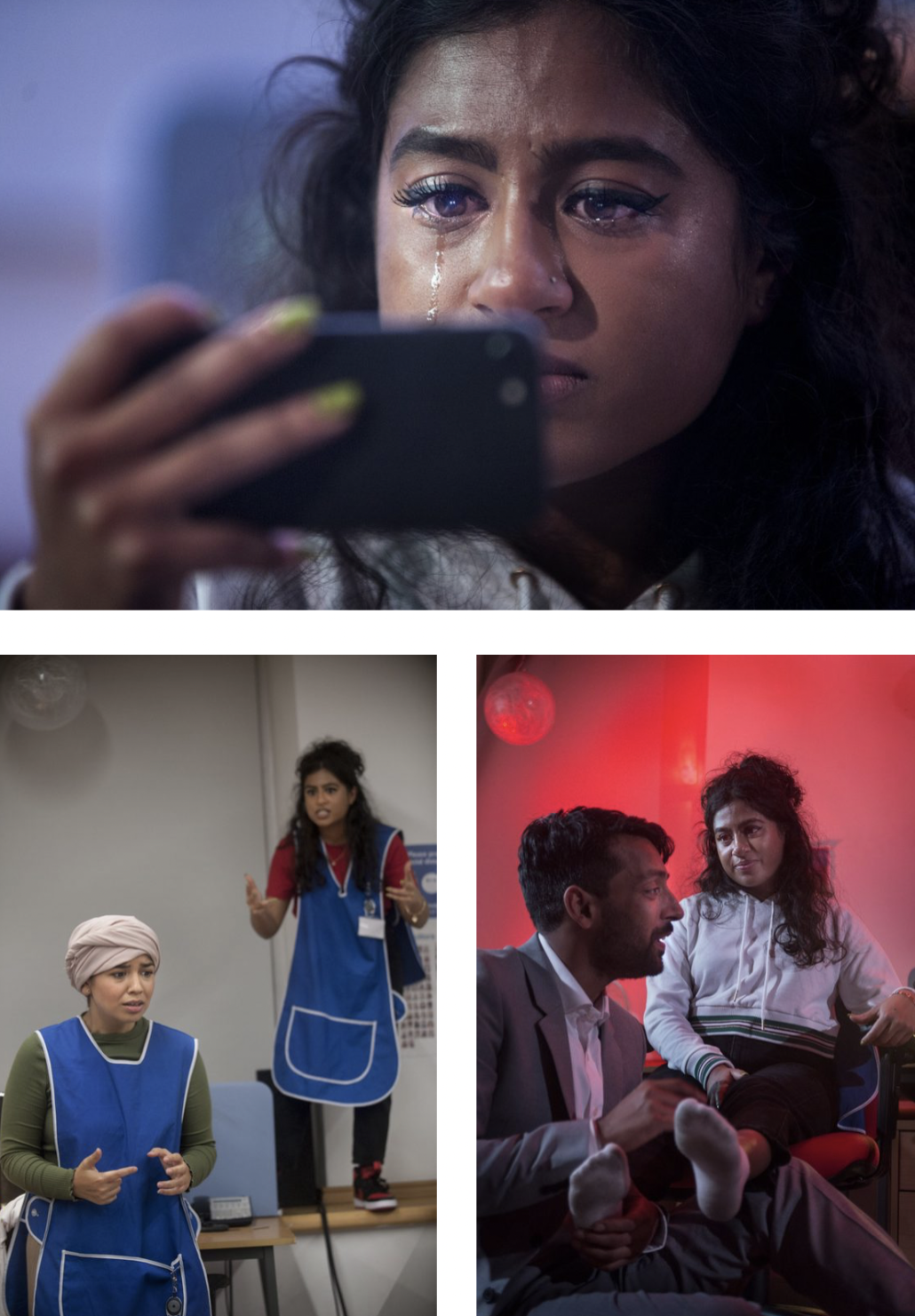 This live-streaming is only possible thanks to the advanced Darklight fibre provided by Exa Networks for Impact Hub Bradford – phenomenal upload speeds mean that Aaliyah (After Antigone) is available in full 1080 HD and all the cameras in the space are connected through our members’ Wifi network, giving the actors and crew freedom and agility in their performances.

Tickets are pay as you feel and the play runs every night these week from 7:30pm, with an additional 2pm showing on Saturday.

Head over to freedomstudios.co.uk/production/aaliyah-after-antigone to book.