Our CEO, Kamran Rashid, is also one of the founding directors of Bradford’s bid to become the UK City of Culture 2025. With news of the bid’s success, we wanted to share his reflections on the journey so far…

Today, here in Coventry, I’m finding myself both humbled and excited by the news of Bradford’s success at winning the contest for City of Culture 2025.

It really doesn’t seem like three years since our city’s journey began – I’ve seen such confidence, competence, compassion and celebration of my hometown in that time, it’s impossible to see how deeply transformational this process will be for Bradford and indeed how much it has transformed the city’s perception of itself and its potential already.

My own journey began in December 2018 at the Alhambra Theatre, when the city announced its intention to compete for this accolade; almost a year later in September 2019 I spoke at the launch of the bid at Bradford’s Kala Sangam in the morning and later that evening, at the South Bank Arts Centre in London.

My overriding motivation along this journey was my daughter – I wanted the city I was born in to be one which she could be proud of; one in which she could flourish and one where her prospects would exceed mine. I spoke at those launch events about how a City of Culture would be vital for my daughter’s generation and transformational for a city which has been generous to many, yet underserved. 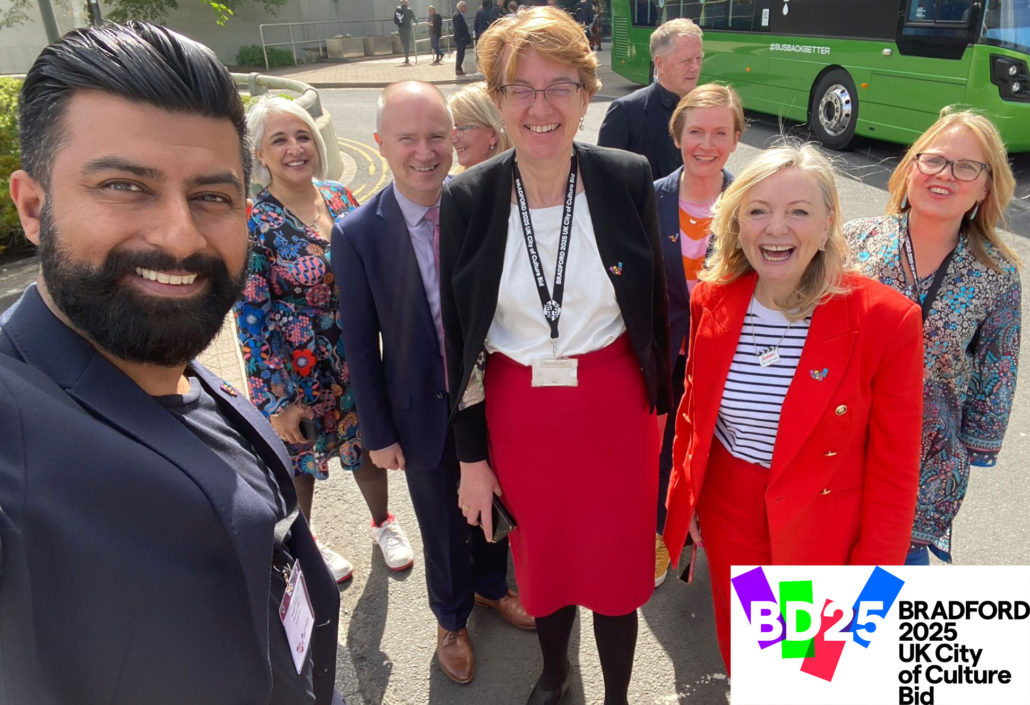 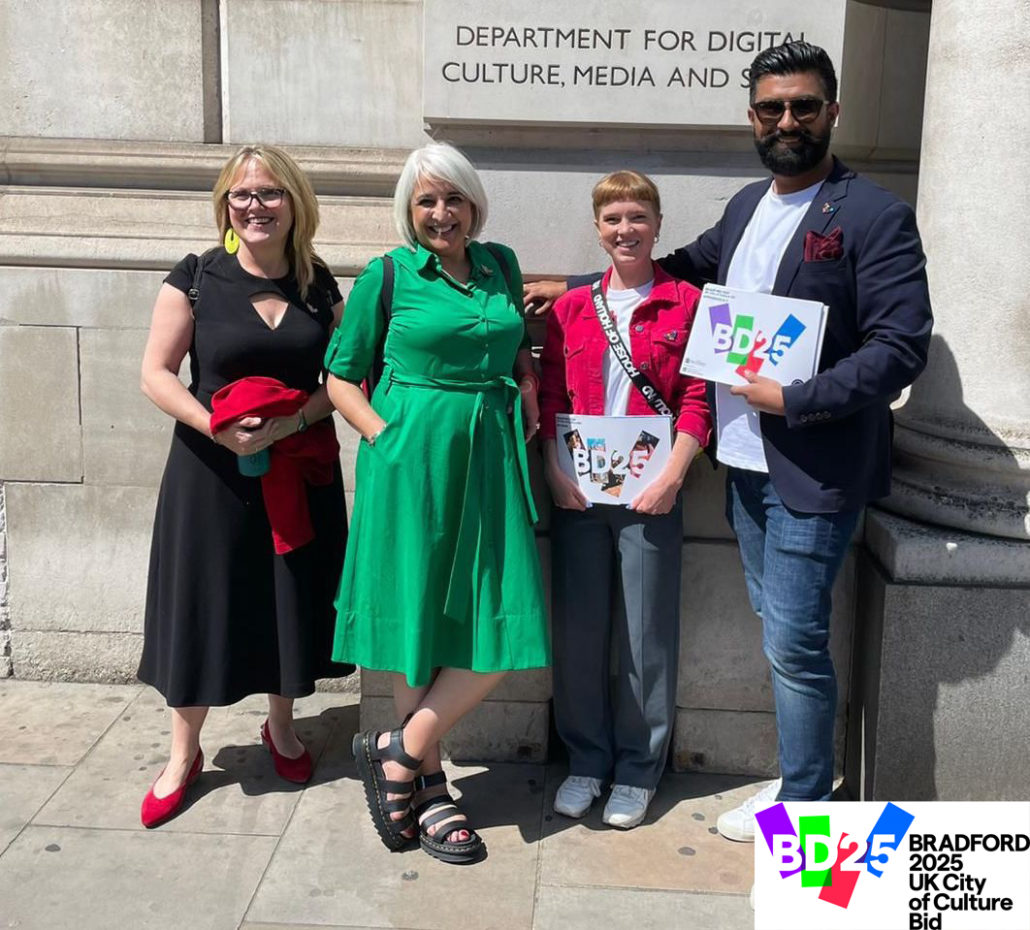 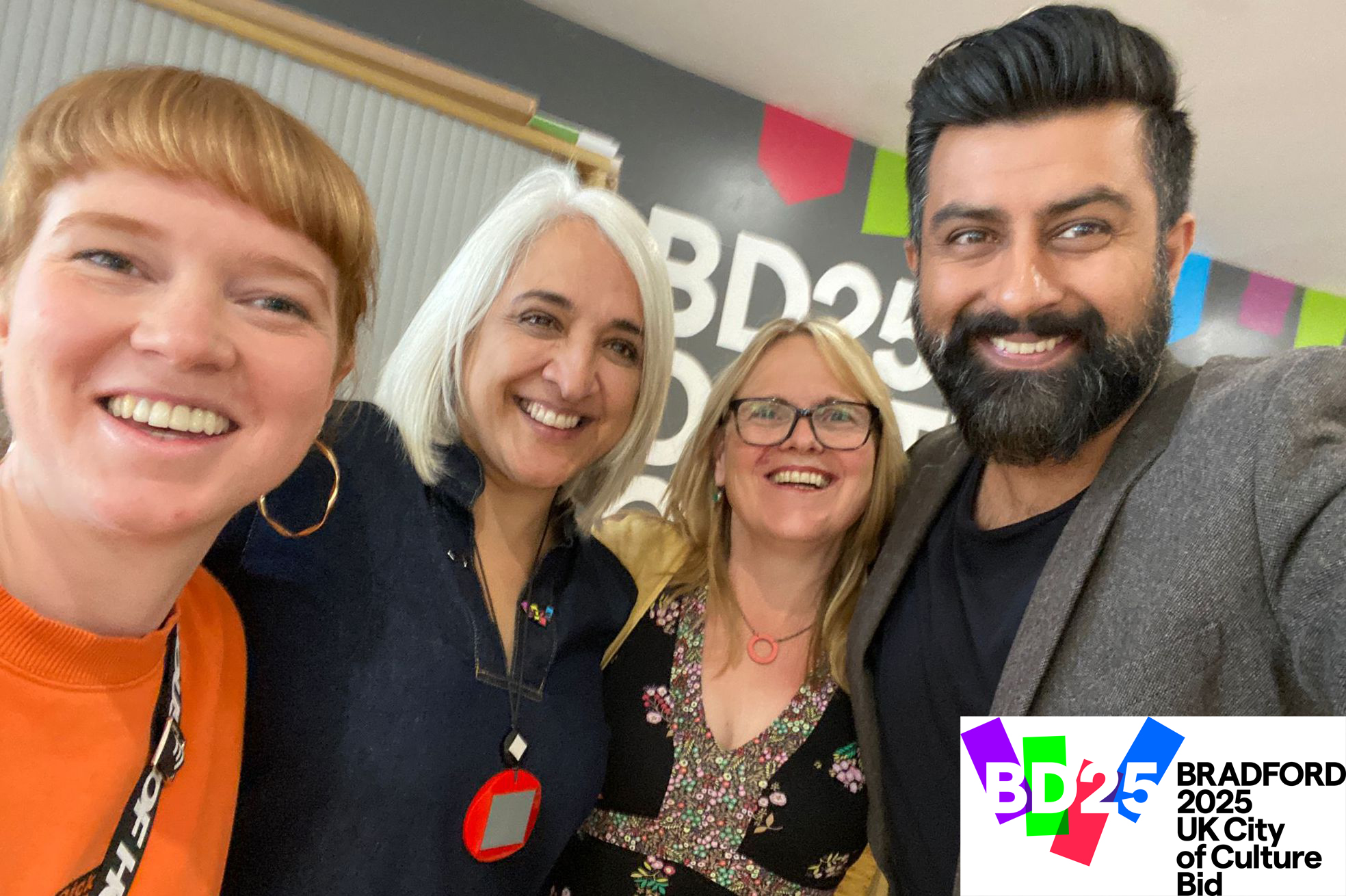 Finding a place for the underserved became an additional motivation; for a city shaped by immigration, we needed to ensure that our bid was deeply inclusive of those overlooked and underserved, both in the past and to ensure its future sustained a new inclusivity, reflective of our diversity.

I joined the board of the 2025 bid in November 2019 with this in mind, bringing my perspectives on inclusion and diversity to gatherings such as the South Asian Business dinner and creating space for the voices of women, people of color and young people in my contributions as a board director; I’m really pleased that our appointments such as Richard Shaw, our CEO, have reflected these perspectives and had a conscious intention to remove barriers and make space for the underrepresented.

In 2020 and 2021, our work continued through the challenges and distresses of the COVID-19 pandemic, but this didn’t slow or diminish our ambitions, or our ability to create space for our district’s voices. It’s important in this moment of celebration and excitement to note the civic duty, belief in Bradford and the sacrifices of many that have led to today’s momentous decision.

I’m more than a little overwhelmed, but thrilled and excited that 2025 will bring the hope that I wanted for my daughter. She’ll have belief in her city as a place which will do well for her and one which she in turn can contribute to herself in future too.

2025 will carry all our hopes and of that I’m proud to have played a part.